So these guys were from Cortland, NY. At least one of the members went on to the band Creeper (whose demos I plan on uploading at some point), who then got signed to Roadrunner Records as Shank 456 (due to some lawsuits over the name Creeper). Anyways, Milk Toast were rather cool, as you can hear from this demo. This needed a lot of work to master it up to a more listenable form. The standout track, would definitely have to be, Ball of Hate. Enjoy... 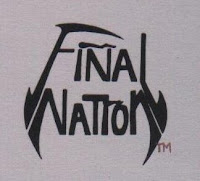 This band I know nothing about. I found the demo, it rocks, and there is no info. Just that it was released in 1990 and they are called Final Nation. Female fronted Rock / Power Metal. Two great songs. If anyone knows anything about this band, please let me know!

DIRTUNDERgOD were all Ithaca College students, I do believe. I am pretty sure this was the only thing they recorded, and I think they broke up after graduating. The vocalist Tait Halverson may have been local as afterwards he recorded a solo demo that was much more mellow than this. However, this is a great sounding release (only needed some minor mastering) with some really catchy songs. Very much electronic Hard Rock, as was popular back when this came out, the best of the four would have to be Give and Stick Figure Man. All four are pretty cool, though. 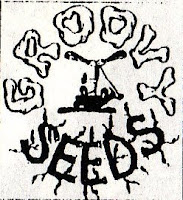 I don't think Groovy Seeds lasted very long. I could be wrong about that, but it seems like they weren't together more than a few years at most. The vocalist, Ted Kelly, and drummer, Bob Gaylo, were both in Saint Chaos, whose demo is posted here back a couple months. The sound is similar, but with more of a Groove to it. Go figure. I don't know a lot about this band, really. They were based in Auburn, NY, and this is a pretty damned good demo. And their little mascot was neat looking, not that you can see it well in this scan, but it's one of those twirling seeds that spin down from a certain tree, giving the thumbs up...

The first time I heard this, I was blown away. The fact that this was basically a new band, and this was their first recording... Wow. This holds it's ground with most progressive Metal bands. You can hear elements of Dream Theater throughout, a touch of Fates Warning here and there, but at no point do they sound like either band. Heavy and melodic at the same time, Twilight Kingdom may very well be the best Progressive Metal band from Central New York, ever. And you can download this remastered version of their 1995 Demo and hear that for yourself.

A powerful opening track, March of the Guardian, couple of long, powerful songs, Shadow Troops and Awakening, following, and an almost New Age flavored instrumental, Winter Dreams, ends off the first side. The second side begins with an awesome song, Forever Sacred, inspired by the movie Thunderheart, another New Age-ish piece, Living on Borrowed Time, and then the Epic Angel to No One. Finally, tagged onto the end is The Ticket. A silly little song.

I also included their post Guardian demo tracks, bands members switched around a bit, but Chris Bedell and Thomas Rice were always the foundation of the band. They later signed to a small prog label, Siegen Records, who managed to destroy their recordings and relase something with possibly the worst production ever. The songs were great, but it almost seemed like the label and studio were sabotaging them for some reason. The resulting CD is FAR inferior to these recordings. The post Guardian tracks include all the songs from their 1997 Demo, which include Bell, Adze, Angel to No One rerecorded, Saviour, and Escape. And finally, Chris and Thomas recorded a couple of songs under the name Ex Nihilo, first as Twilight Kingdom, and then as a side project. Two of those tracks are on here, Ex Nihilo and Bleeding Son's Admonition. Unlike Twilight Kingdom, these tracks are ambient and gothic.

Twilight Kingdom broke up after Adze. They never played a show live, Chris being the drummer and vocalist had trouble pulling both off live. The band minus Chris went on to form Full Circle, who released one CD, Matter of Time. In the vein of Twilight Kingdom, but not quite as dynamic. That also has broken up. Meanwhile, Chris and longtime friend Pat Ward formed Lotus Project, which was more of a brutal, yet still progressive, type of band. They did perform live, with Chris doing both the drums and vocals. Currently, they are on hiatus, and a studio band. I may be adding their demo to this eventually at Chris' request. Chris and Pat are currently in the band Castle Bravo, more Hard Rock / Alternative than anything they have done before, but still an exceptional band. AND, Chris, Thomas, and Steve from TK, are working on yet another project, this time with Pat from Lotus Project and Castle Bravo, and Shane, who drummed for Full Circle. This project is called Death of Centuries.

Bascially, what you have is an amazing amount of musical talent, and it all tracks back to The Guardian.

Download: Twilight Kingdom "The Guardian"
Posted by Unknown at 2:50 AM 2 comments:

This band came from Auburn, NY. Basically it was a 2 piece, with guest vocalist. Paris and Tilly Hanson did all the song writing and such, and came up with 3 pretty awesome songs, and one, ok, song. Cody, Just a Touch Away, and Too Good to Sacrifice are all awesome, old school Metal songs. Bordering on Power Metal. Smile, is kind of a ballad. It's not bad, but pales in comparison to the other songs. Unfortunately, they were never able to put together a full band, and just kind of gave up. This was recorded at Loft Audio Recording in Lansing, NY, and I mastered it just a bit in 2009.

Hailing from CA, this is just pure power metal from the start. Produced by Bill Metoyer back in the day, this is a damned cool demo, and, the only thing that this band created. The guitarist (Tracy "Spacey T" Singleton) and bass player (Stanley E.) came from Sound Barrier, the vocalist (Tim Bouchee) did some vocals for Unleashed Power, and is currently in HavocHate. Their drummer (Joel Maitoza) came from a band called Elysian. I think the first song on here is by far the best, not to say the other two aren't pretty cool as well. The last song, Metal Morphisis, is that cheesy kind of Metal song so many bands liked to write back then.

I had to master this way up to make it more listenable. Even with the decent production work that it got, it was still a 1989 cassette demo. Check it out...

Gangland: Download
Posted by Unknown at 12:42 AM No comments: 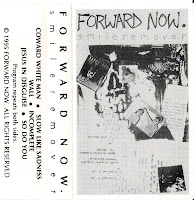 Now THIS, is brutal. Industrial Metal that just caves in your skull. I do believe that this was their only release, and I also think that they helped out on a track from Slave One on their release, which I will probably post sometime later. Just two guys, in your face, uncompromising noise. Yet another great band from the Rochester, NY area that went mostly unnoticed. They do have a webpage up with very little info, but they did do some other stuff. Anyways, enjoy, all newly mastered...

Forward Now: Download
Posted by Unknown at 12:26 AM No comments: 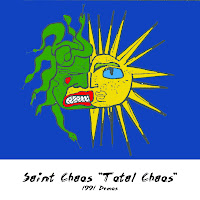